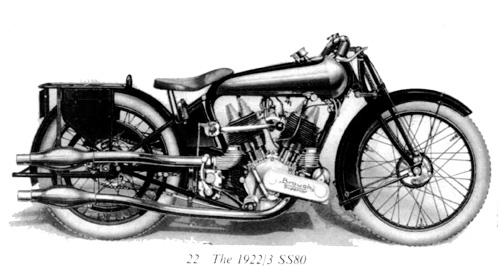 Mk 1 OHV still in production, numbers unknown, see 1920 for details, it is doubtful if very many of this model were made in 1922.

Mk 2 MAG overhead inlet side exhaust. This is effectively the Mk 1 cycle parts with the Swiss MAG engine. Very few were built.

MAG were a well respected manufacturer of proprietary engines supplying many other makers.

MK 1 Side Valve. This made up the bulk of production for 1922 Records show 79 of this model.

Open diamond frame with Webb or Enfield wheels and now the possibility of Brampton, Druid or Montgomery front forks.

The important change for 1922 was the introduction of the SS80, in fact the SS80 shared many of the design features of the MK1 models. The SS80 used a modified frame that gave a slightly lower riding position. The exhaust was modified to use the famous cast aluminium ‘lamp glass’ silencers along with cast exhaust port coolers.

Power was still provided by a similar JAP single camshaft engine, but there was a new 3 speed heavyweight 4 stud Sturmey gearbox. 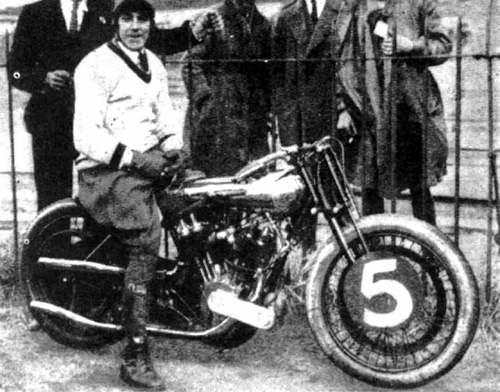 The introduction of the SS80 was almost certainly a product derived from racetrack improvements made from George’s personal sprint bike called ‘Spit and Polish’.

This was the first side valve machine to lap Brooklands race track at over 100MPH. This was a wonderful publicity stunt for George Brough and laid the foundation to sales based on racing success.